The Team Behind it All

We are who we are today because of our team members. Our team is comprised of diversity practitioners from corporations and organizations throughout Central Ohio. Each of our team members moves CODC forward in helping us achieve our vision of collectively advancing diversity, equity, and inclusion by collaboration and knowledge transfer across organizations throughout Central Ohio. 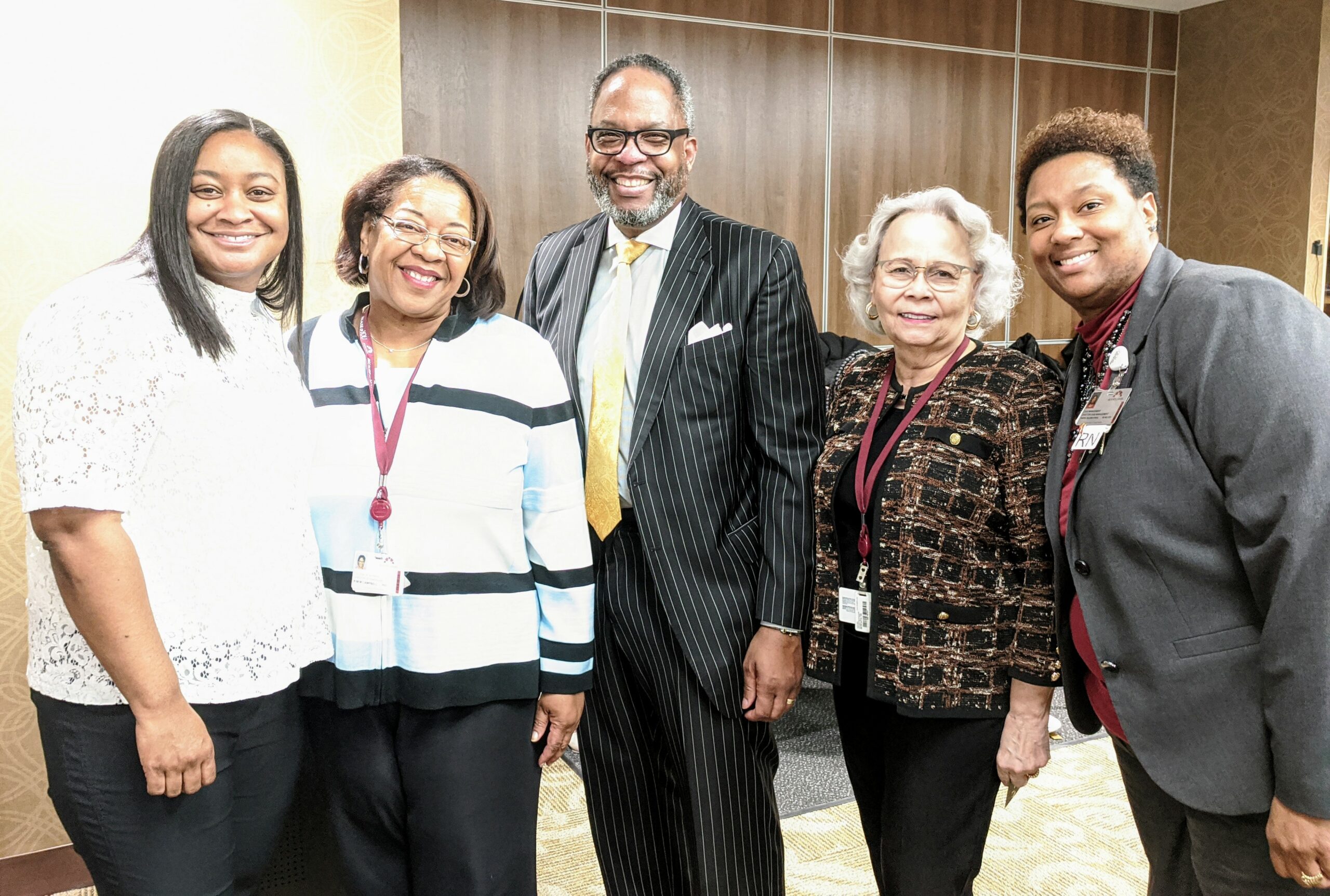 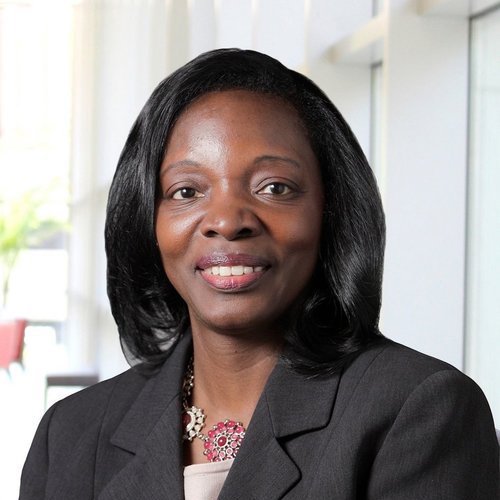 Get to know Priscilla

As Assistant Vice President, Priscilla is leading the development and execution of an enterprise diversity and inclusion strategy to drive initiatives that impact the workforce, workplace, marketplace and community.  She has extensive experience in strategic planning, facilitation and the launching of and providing oversight to Associate Resource Groups and Diversity and Inclusion Councils. She’s also given numerous presentations on inclusive leadership, generational differences and unconscious bias.

Prior to joining Grange Insurance, Priscilla held leadership roles at State Farm and Nationwide Insurance in the areas of diversity & inclusion, underwriting and agency operations.

Priscilla received her Bachelor of Science degree from The Ohio State University and her MBA from Ohio Dominican University.  She is also a member of Alpha Kappa Alpha Sorority Inc.

Priscilla is married to Jeff Hammonds Sr.; has one son and two grandchildren. 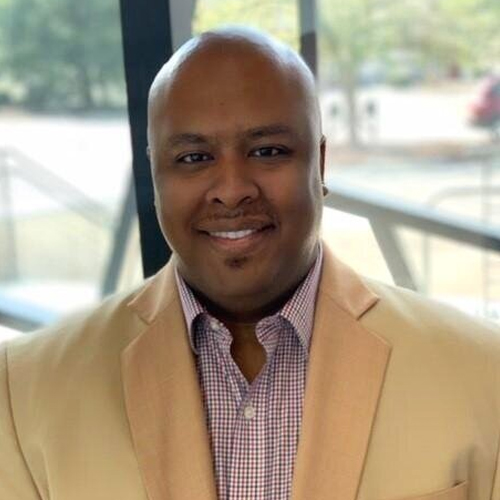 Get to know Adrian

Adrian Sullivan is the Manager, Diversity and Inclusion for Cardinal Health, a $121 billion company with over 49,000 employees in 60 countries. His key responsibilities include the education and expansion of diversity and inclusion best practices throughout the organization.  He also provides direction to Employee Resource Groups and Multicultural Councils within Cardinal Health.

Adrian works in concert with business segments on tactical programs and systems related to attracting, retaining and promoting a diverse workforce, while establishing an inclusive work environment in support of Cardinal Health’s corporate values, policies and practices. Adrian is also focused on creating a path forward for Employee Resource Groups in international locations. Adrian volunteers his time by serving as a Board Member of the Central Ohio Diversity Consortium and through his ministry with his local congregation. In addition to diversity and inclusion work, Adrian has a background in Affirmative Action Compliance and EEOC Governance as well as Supplier Diversity. 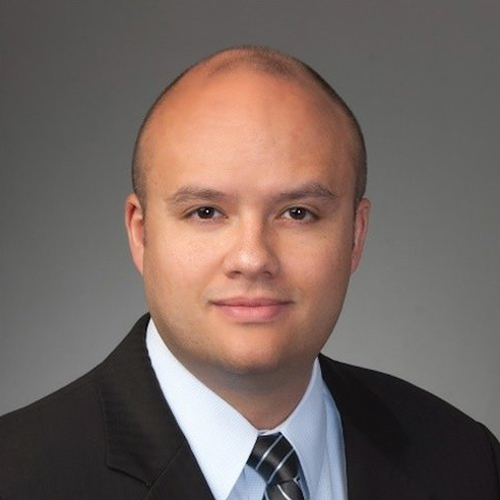 Get to know Michael

Michael is a senior manager in the Columbus office of Schneider Downs. He works in the firm’s tax practice. Michael provides consultation to his clients to assist them in understanding the complexities of tax law and its impact on financial reporting and compliance so that his clients can make informed decisions for their business. He routinely advises clients on matters including accounting methods and periods, tax credits, and IRS examinations.

Throughout his career, Michael has been heavily involved in campus recruiting, employee resource groups, and diversity recruiting. 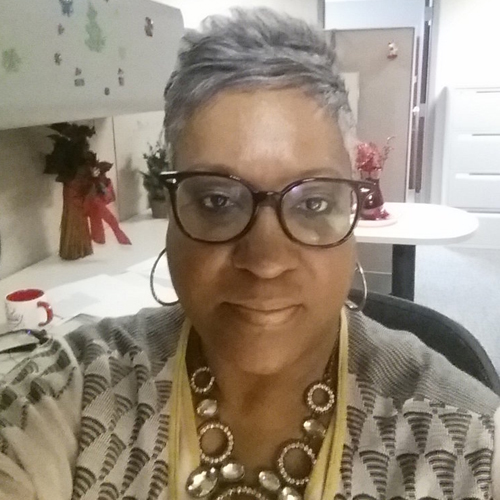 Get to know Lenore

Lenore is co-founder and chair of the Diversity & Inclusion Committee for the Ohio School Boards Association (OSBA). As Chair, she is committed to building a workplace environment in which everyone feels valued, respected and included, and is treated with dignity. She is also a member of OSBA’s Diversity and Equity Committee where the goal is to increase the public’s understanding of poverty and its impact on student learning, reducing the achievement gap and increase our members understanding about the barriers in education.

Prior to joining OSBA in 2003, Winfrey directed the Speakers Bureau for the American Heart Association and she has held other political, management and diversity roles within the Franklin County government. 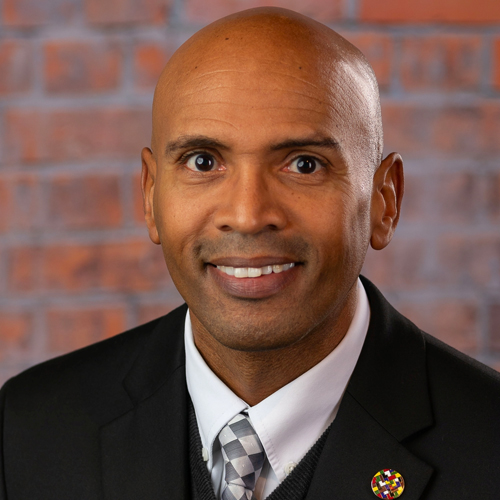 Get to know Shayne

Shayne Downton is the Chief Diversity and Inclusion Officer for the United Way of Central Ohio. With the United Way for 13 years, he has served in this role for the past two months. Included in his work portfolio is the daily oversight of staff which oversee diversity and inclusion, volunteerism, community engagement and accountability. 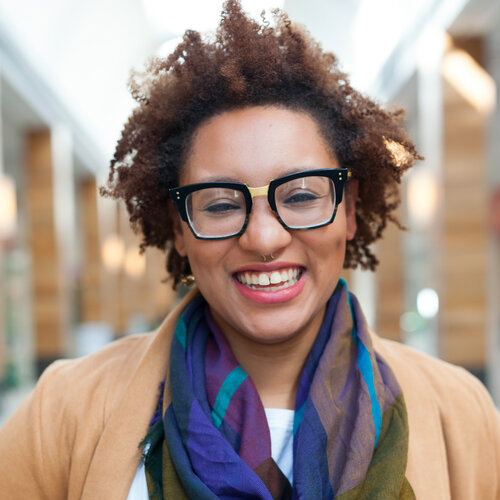 Get to know Sydnee

Sydnee Crews is currently working for a natural gas company in Ohio where she works with low-income customers to receive assistance on their gas bills. She also serves as a leader for Diversity & Inclusion, creating initiatives and plans to encourage a more inclusive and diverse work place.

Outside of her day job, Sydnee is a screenwriter and director. She premiered “In Our Bed” at Gateway Film Center in Columbus, Ohio, which is also available on YouTube, along with her second film “Immunity”. Her focus in film is to provide representation for people of color, specifically in areas of love, education and mental health.

Sydnee is also an ambassador for Zora’s House, a coworking space for women and femmes of color in the Ohio area. 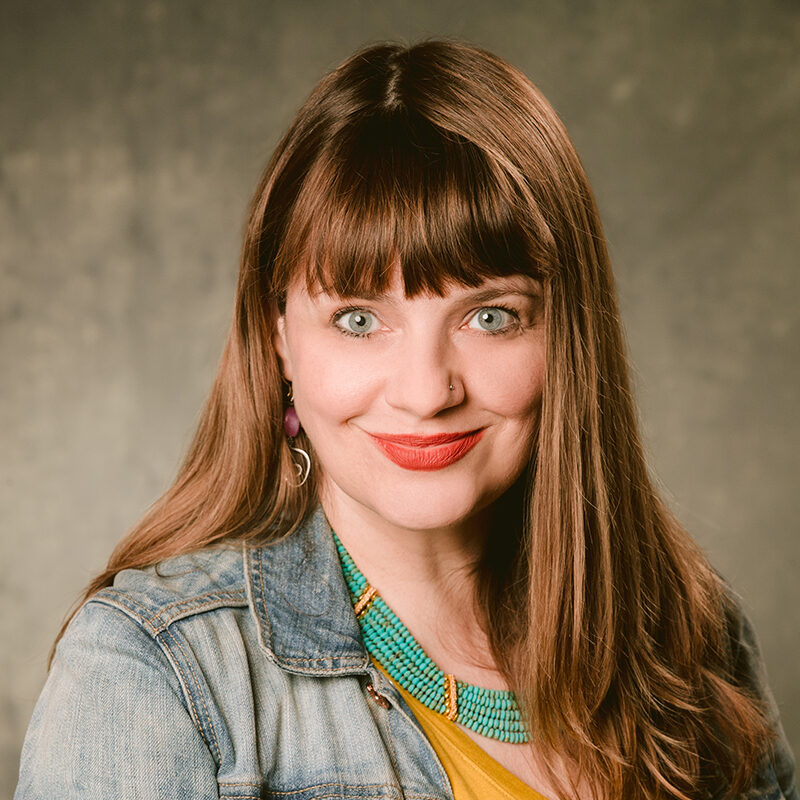 Get to know Jodie

Jodie Engle is the Senior Director of Inclusion, Diversity, Equity and Accessibility (IDEA) Initiatives at the Center of Science and Industry (COSI). Her role is to lead the organization in the planning, developing and executing of COSI’s comprehensive unified IDEA and Community Engagement Roadmap. She serves as a liaison both internally and externally to stakeholders of all backgrounds and levels.

Jodie’s passion for the community can be found throughout her 20+ years working in Ohio and Mississippi in roles that involve community engagement, outreach programming, professional development for educators, partnership development and strategic planning.

Jodie spends her time supporting many local initiatives to support LGBTQ communities, students who learn differently and artists with disabilities. You may often see her attending a community event (sometimes with her family), as a participant at a panel or workshop, or doing one of her favorite things-improvising onstage with her friends. She currently lives in Clintonville with her husband, 2 kiddos and a zoo’s worth of animals. 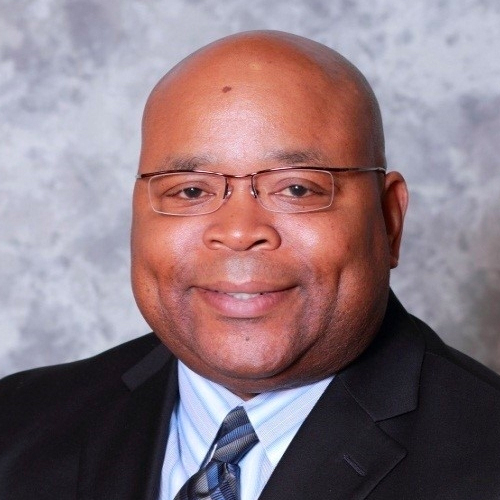 Get to know Jeffery

Jeffrey L. Hammonds Sr. is the Inclusion and Diversity (I&D) Manager in the Talent and Organizational Effectiveness organization at NiSource. He is currently responsible for the design and operations of the I&D strategy and tactical plans.  This includes providing direction to seven Employee Resource Groups, 7 State I&D Councils with over 30 regional councils, as well as driving the I&D initiatives for the organization.

Jeffrey has been employed at NiSource since July of 2014 serving in an I&D capacity.  He comes to NiSource from Battelle Memorial Institute where he served as the Diversity Consultant managing the diversity and inclusion efforts as well as the compliance of their Affirmative Action Programs.

Jeffrey is a member of the National Associations of Black Accountants, National Association of African American in Human Resources, and American Association of Blacks in Energy.  Jeffrey currently serves on the advisory board for the African-American Leadership Academy and is a member of the Fundraising committee for Center for Healthy Families. Jeffrey is married to Priscilla Hammonds and has one son Jeffrey Jr. and two grandsons, Jeffrey III and Joshua. 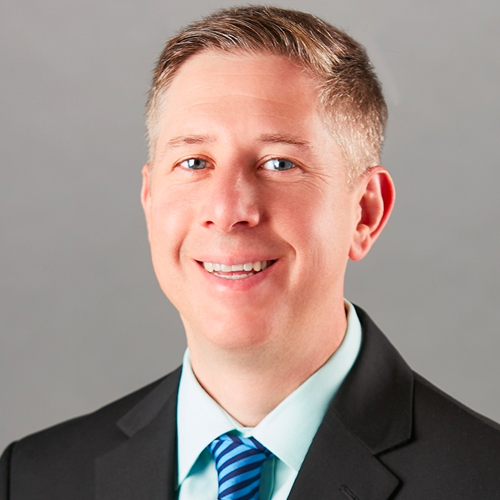 Get to know Tim

Tim is an experienced HR professional with a successful track record of implementing talent acquisition, college recruiting and diversity & inclusion strategies. Known for his ability to build highly effective cross-functional teams and contributing to business growth and development, Tim has consistently enhanced the recruiting and retention areas with multiple Fortune 500 companies.

As a business leader with over 15 years of experience, Tim has been recognized in Recruitment and Diversity & Inclusion for delivering exemplary results with Lbrands, Ashland Inc, Quantum Health and MGM Resorts International. Tim most recently joined Columbus 2020 as the Director of Customized Workforce and Training. 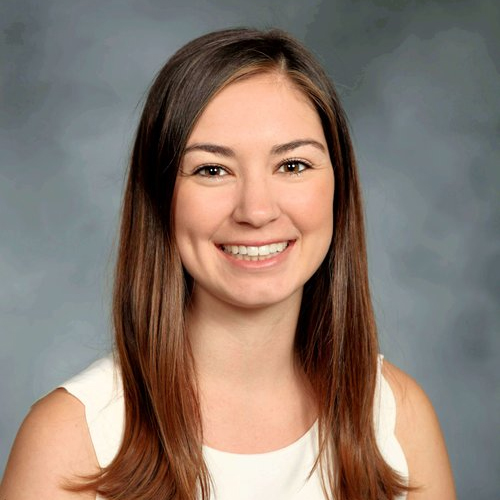 Get to know Jackie

Jackie Merkle is the Supervisor of Equity and Inclusion for Olentangy Local Schools. As supervisor, she is primarily responsible for supporting professional learning and community outreach for the district. Annually, Jackie oversees the implementation of the community-wide ONE COMMUNITY Conference, which hosts nearly 450 attendees for conversations around equity, diversity, mental health, and social justice.

Jackie is in her third year at Olentangy and recently finished her Ph.D. in Multicultural and Equity Studies from The Ohio State University. 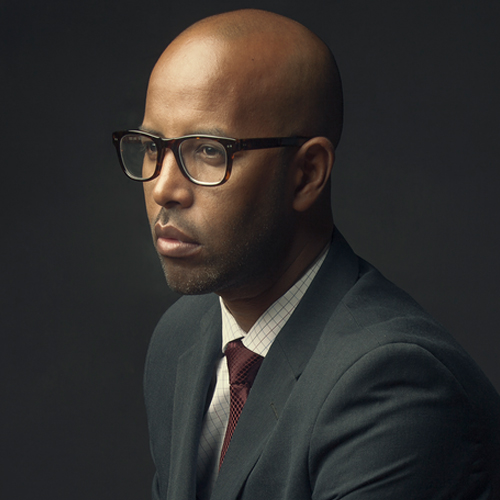 Get to know Tariq

Tariq Tarey is currently the Director of Refugee Social Services at Jewish Family Services in Columbus, Ohio. He serves on Ohio’s New African Immigrants Commission and the Franklin County Board of Commissioner’s New American Advisory Council.

Tariq is also a documentary photographer, skilled in both still photography and filmmaking.

He currently has exhibitions showing at the Rutherford B. Hayes Museum in Freemont, Ohio and at Otterbein University.  Several of his images now belong to the permanent collection of the Columbus Museum of Art.

Tariq directed “Women, War and Resettlement: Nasro’s Journey,” which was aired on WOSU Public Television in 2012.  Moreover, Tariq’s film, “The Darien Gap,” was shown in the 2nd United States Conference on African Immigrant and Refugee Health. 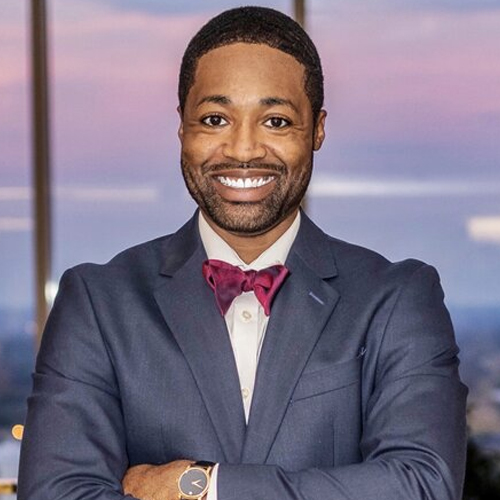 Get to know Almar

Almar serves as Mayor Andrew Ginther’s director of Community Affairs (City of Columbus) where he is responsible for conceptualizing, developing, and implementing the Mayor’s initiatives related to community engagement. Previously Almar was the director of Diversity and Inclusion at Capital University where he served on the president’s senior leadership team; and, led the development of the university’s first strategic vision and multi-year operational plan for advancing diversity and inclusion initiatives throughout the institution.

For over a decade, Almar has led several diversity/multicultural departments within the higher education field. As a respected authority in the field, he has presented on various diversity topics at numerous conferences and universities as far as Kibi International University (Okayama, Japan). He earned his B.S. degree with a double major in Business Management and Human Resource Management; an M.B.A in Organizational Leadership; and a M.A. in Education from The University of Findlay.

As a man of faith, he is committed to a lifestyle of service and enjoys volunteering time to the Columbus community. Almar is a 2019 Columbus Business First Forty Under 40 honoree, a graduate of the African American Leadership Academy, and a United Way Key Club Member.

In his free time he enjoys international travel and coaching his son’s little league soccer team.